“And Hezekiah received the letter of the hand of the messengers, and read it: and Hezekiah went up into the house of the Lord, and spread it before the Lord. And Hezekiah prayed before the Lord, and said, O Lord God of Israel, which dwellest between the cherubims, thou art the God, even thou alone, of all the kingdoms of the earth; thou hast made heaven and earth. Lord, bow down thine ear, and hear: open, Lord, thine eyes, and see: and hear the words of Sennacherib, which hath sent him to reproach the living God.” 2 Kings 19:14-16

Without getting too far in Bible history (time does not permit me at this time, see chapter 18 of the same book for information), Hezekiah, King of Judah received a letter from the King of Assyria threatening to wipe out Judah, or at least bring them harm. Hezekiah as far as my memory goes had not plagued the Assyrians in any way or enticed them for war. He was going about his normal kingly business when a messenger of the King of Assyria delivered this letter – suddenly.

Upon receipt of said letter, the scripture stated he tore his clothes and sent for the prophet Isaiah. We also see in the above verses that He sought God in the matter. The passage goes on to give us the outcome of His cry to God, which spoiler alert, Yahweh answered and sent deliverance. 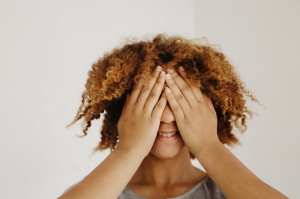 On Saturday, a friend of mine invited me to church. For some reason, I felt compelled by Holy Spirit to accept the invitation and attend. My mom, grandma and I got ready and as we were heading out, my mom began complaining about abdominal pain. She considered it to be gas pains because she had fasted the previous day and had not drunk tea to bring the fast to a close; so she told us to go to on to church and she would remain home to doctor herself. We hesitantly left and went to this church.

When my grandma and I arrived, I stood in the vestibule waiting for my grandma’s return from the restroom and watched folks pass me by without so much of a nod or greeting. I found that odd since I was a visitor but nonetheless decided that being upset at inhospitable people was not worth the time and so I moved right along in my mind. When she returned, we found our seats and during the break, we were greeted by some of the brethren.

Worship songs were next and following that, the preacher came on to deliver the Word. When the preacher took the microphone, the devil whispered in my ear, “ha, he didn’t even say hi when he walked in earlier; wasn’t he the one that strutted right pass you.” I ignored the fox, well, no I didn’t, I responded, “well, maybe he just had a bad morning with the kids and needed to be inside.”

Lesson – resist the devil and he will flee. Draw nigh to God, and He will draw nigh to you.

With that thought dismissed, the preacher began sharing from the above mentioned passage. He stated that Hezekiah received a threat from the Assyrian king unprovoked. Here was Hezekiah going about his business and voila, the letter came. He then began saying we all have suddenly moments. Moments when letters of different kinds come to our attention threatening to rock our world.

I found myself looking over the course of the past two years where suddenly moments letters were delivered to my proverbial door. Mom (the primary breadwinner) losing her job for 8 months. My grandma’s diagnosis of cancer and the radiation and chemo which followed. The loss of my best friend of 8 plus years. My relocation causing me to not have a church home. The unexpected debt arisen due to missing income. The other issues I cannot mention due to privacy of family members. The list could go on and on but you get my drift. I’ve been dealing with a lot of “suddenlies.”

I came home from church to find my mother in more pain than I’ve ever seen. She was throwing up and kept on saying “I feel like I’m in a dream.” We brought her to the ER where she ended up being admitted for bowel obstruction. Today (Monday), she went for X-rays which revealed she needed immediate surgery. Another suddenly moment.

The surgery that should have lasted for 90-120 minutes ended up lasting for 3 hours. The surgeon shared with us that she was glad she scheduled the surgery right away because when they got inside, they discovered there was a possibility of my mom becoming septic due to some rupture, and other complications they would rather not have her deal with. The surgery resulted in a portion of my mom’s bowel being removed and what was to be an exploratory surgery turned into a real invasive one. The prognosis praise Yahweh, is good however mom may be out of work for 4-6 weeks based on the type of job she does. Suffice to say, another suddenly storm has occurred.

If you have been following the series of posts Holy Spirit has been sharing with us, let’s pause for a moment to give God honor and glory. He began by sharing that we struggle with spiritual amnesia and the only way to overcome this was by living the promises of our Father. From there, He began laying the bricks of the wall of “memory” with reminding us of the different promises He has given to us through His Word. The most recent post, was God of ALL strength which as you may recall, had some comments glitch😉.

On Saturday night, Holy Spirit led me back to that precise promise which left me grateful and in smiles as I thought of His preparation for the upcoming suddenly moment. The post before that was God of comfort. The Lord in this post showed that comfort can come from each other. Friends, when it was announced mom would have emergency surgery, a SOS call went out, and folks my family do not even know began lifting her before the Lord. I am overwhelmed with gratitude to say the least.

Now, recovery is upon us, I know the God of all strength and comfort, will continue to provide. My faith for sure has been tested. I have been tried. Pressed. Crushed. I trust ABBA that at the end, He will be able to see His reflection in me.

Have you been tried too? Do you have a series of back to back suddenly moments? Have you been faced with different whirlwinds? Are you feeling as though you are being hard pressed on every side, crushed and even spent…hang in there. I will not say for a minute it is easy, but oh the joy you will feel once you surrender it all to our Lord. Remember, those who live godly, will suffer. So I cheer you (us) on and say, let us count it all joy.

We are pilgrims and sojourners through this land. This is NOT our home. We must keep our eyes on the things eternal, especially when “suddenly” moments come our way.

I love you friend, truly.

This site uses Akismet to reduce spam. Learn how your comment data is processed.