“Yes I will, lift You high in the lowest valley
Yes I will, bless Your name
Oh, yes I will, sing for joy when my heart is heavy
All my days, oh yes I will“

The above lyrics are the chorus from the song entitled “Yes, I will” by Vertical Worship. I heard this song a few weeks ago in church. My heart was heavy to say the least. Lately, the struggle to be joyful has been a real thing. I don’t know if the trials I have been having for the past two years are an indication of what the next two years will bring but boy oh boy, my spiritual muscles have been put to the test. As the congregation sang this song it reverberated within my soul and I felt as though Holy Spirit was saying to me, “This is a declaration you must remember that no matter what you face, you are able to offer praises to God.” So, I obeyed, and as I opened my heart (and mouth) and let the song flow in (and out), I realized that through this act of worship, I was able to receive Christ’s joy. With His joy coming in, I supernaturally felt His strength surging through every part of me, equipping me for the day ahead.

Last year January, my family and I faced one of the most challenging ordeals of our lives yet. Friends, it was tough to the say the least. Many a nights I would go to bed crying not sure how I would face the next day or even if I would be able to make it through the night. One particular morning as I braved it out of bed and headed to work, my supervisor knowing a little of the ordeal I was facing encouraged me to hold on and remain hopeful. She also shared with me a quote by Bob Marley that she said helped her tremendously when she faced a similar issue. She said, “Dee, you never know how strong you are until being strong is your only choice.” Talk about a punch! That thing became a mantra for me when I felt like the sorrows I had to endure were suffocating me and the burdens I had to carry were threatening to leave me buckled. Saying this alone however was not sufficient in maintaining joy or even my sanity.

As the days unfolded and I realized my circumstances were not becoming “better”. I discovered almost daily how truly frail I was (still am) and how I had to depend (still do) on the Lord as a cripple would a crutch in order to ambulate. In Him I was literally moving, breathing and having all my being. I also realized something many people fail to grasp, becoming strong was nothing I could manufacture on my own. In fact, the more I think about all that I have been through to date is the more I am aware that it was the strength of the Lord that was holding me together when my world felt as though it was falling apart.

Paul shared with the church in Corinth and by extension us believers of the gospel, a message the Lord gave him as he grappled with his own thorn/hardship. As he earnestly sought the Lord three times to remove this cumbersome issue, the Lord said to Him, “My grace is sufficient for thee: for my strength is made perfect in weakness” (2 Corinthians 12:9). In my mind’s eye I can picture Paul initially saying, “Are you serious Lord, don’t You want me to be able to do what You have called me to do without being encumbered and restricted. Don’t you realize this thing is keeping me from being my best”.

Maybe Paul felt like that, maybe he did not, scripture does not say but the next part of this verse goes ahead to reveal Paul’s posture afterwards (probably after He swallowed the Lord’s response). He said “Therefore I will boast all the more gladly about my weaknesses, so that Christ’s power may rest on me.” Talk about a submissive heart posture.

As I meditated some more on this verse, I began doing some digging. The word strength used in this verse comes from the Greek word dynamis which we get the word “dynamite” from. This word is described as one having power and ability. Two particular biblical interpretations of this Greek word are: to have inherent power i.e. power residing in a thing by virtue of its nature, or which a person or thing exerts and puts forth AND power for performing miracles.

Yes, I see the wheels in your head turning as they did with mine 🙂

Paul found solace in what His Master promised – His inherent power. The Lord however, instead of removing Paul’s thorn told him that only in his (Paul’s) weakness would His (The Lord’s) strength (power) be made perfect.

The word dynamis seen above comes from the original Greek word dynamai pronounced “doo’-nam-ahee” which means: of uncertain affinity; to be able or possible:—be able, can (do, + -not), could, may, might, be possible, be of power.

Let that sink in.

Last Greek lesson for the day 👇🏽

So as I meditated on the Lord’s decision to let Paul remain with this thorn I began thinking about the word “perfect” and how it fit into this context. To me, a perfect thing is something without any flaw, faultless, and well, that did not really fit in this context so, I dug a little more.

The word perfect used here comes from the Greek word teleioō which means to complete, i.e. (literally) accomplish, or (figuratively) consummate (in character):—consecrate, finish, fulfil, make) perfect. Other descriptions include:

Paul asked the Lord to remove his thorn because it was uncomfortable. For me, I needed my problems to be removed because they added a dimension to my life that left me feeling frail, exposed, broken and vulnerable. The Lord as of today, has not given me full relief from my issues. In fact, it feels as though the proverbial fire has been heated several times hotter. I have prayed, fasted, practiced other spiritual disciplines, thrown temper tantrums even and still, the issues remain.

The Lord continues to remind me (especially during times of spiritual amnesia) that He is enough and will be my strength.

Friends, as we continue on our pathway, life may never become any easier for us. Those who live godly will suffer. Not if, but, or maybe, the Word says “will”. We never have to suffer alone though. When we let Abba know how weak and frail we are, He gives us His power to press on. The requirement though is to humble ourselves and confess that we are in need of Him; that we are incomplete and inadequate and so not only do we need His strength, but we also need His grace to trust that He will “perfect” the work He began in us.

We can chose to be bitter and depend on our limited problem solving skills OR, we can surrender our wills and accept that through Christ, we will be given His strength when we are weak. We can chose to sing songs about His love which act as reminders that He is able and that He loves us and yes, that He truly cares. 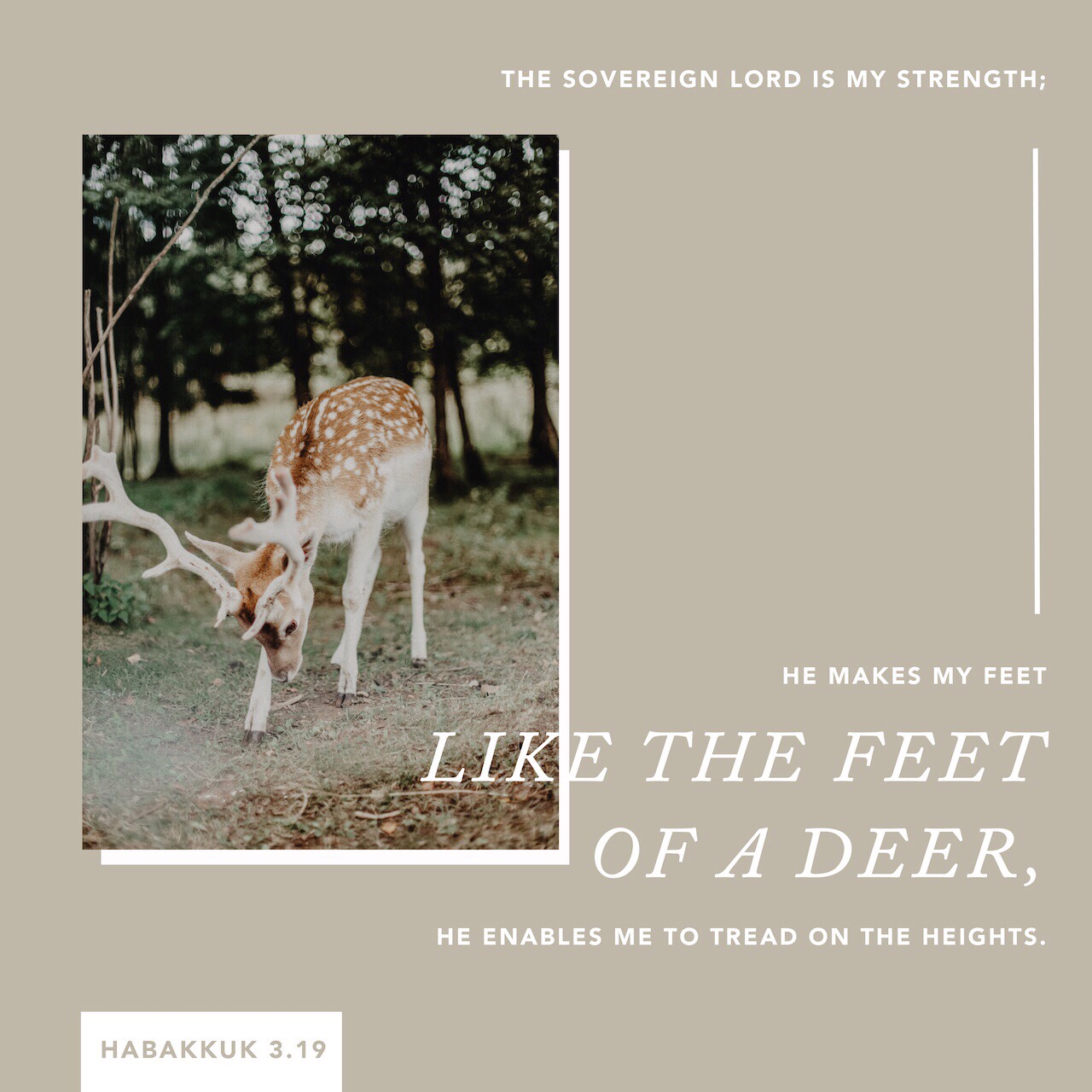 Until next time remember, His Promises are our Guarantee…🙌🏽

33 thoughts on “God of ALL strength”

This site uses Akismet to reduce spam. Learn how your comment data is processed.